During my consolidation of files, pictures, etc., I came across the directory where my wife and I kept the first pictures we ever took of our daughter.  We had purchased a rather expensive Digital SLR as the point and shoot just sucked.  This was the very first picture we ever took of her and became the picture we used for our birth announcements.  She still has that tiger stuffy in her closet. 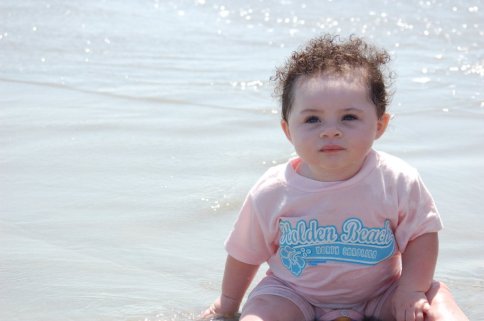 Before my daughter was even 1, we went to Holden Beach, SC for vacation and these beautiful pictures were taken the first time my daughter felt the ocean water.  The first picture, of her emotionless facial expression, is the one where she had no clue what to do or what this foreign stuff was.  You can almost hear the gears turning in her head trying to figure it out.  The second picture, she realized what it was and is in mid-water-slap as the wave rolled in.  She couldn’t quite get why the water went away but before she could get upset, it came back.  It truly was an awesome vacation.

Over New Years at a friends house, before people got liquored up, we broke out the Belgian chocolate.  We laughed so hard at this we were crying because it looked like a real life poop emoji.  So I took a picture of it and added googly eyes to make it even funnier.  As it was chocolate, I ended up eating this after taking the picture.