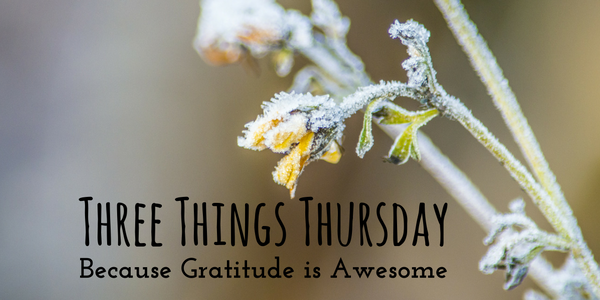 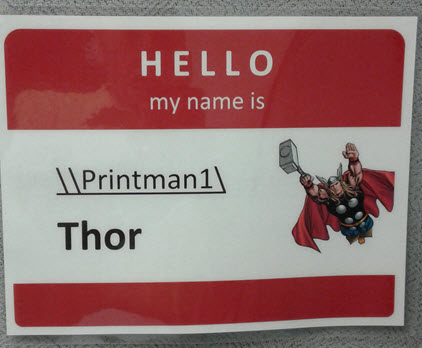 I’ve been working at my present company for well over a year at this point and I, the other day, had to print something for the first time.  Walking around looking for the printer, it was amazing to discover that they’re all apparently named after Marvel super-heroes.  Shaking my head at the overt geekiness in an otherwise corporate environment was refreshing.

I was contacted by an online publication and offered a role as a contributor.  The publication is called My Trending Stories and I’m in the process of getting logins, etc. so that I can post my innaugural  article in the Living section on minimalism.  I’ll make sure to re-blog it here once it’s published.  It’s exciting for me to have what I write recognized when my only purpose for writing is technically for my own benefit.  Perhaps that is about to change?

Being a subscriber to Spotify, I have available to me an enormous library of music that I could never in my lifetime expect to possess on my own.  What started with a stray recommendation in the sidebar in the application has now turned into a playlist that is well over 300 songs all consisting of old school and back in the day music that I had grown up listening to.  Here are some of the artists in the playlist to demonstrate just how “random” it actually is.

I had this playlist on in the car Tuesday night to and from my daughters archery activity and it turned into me singing in the car with a look of horror on her face.  Eventually she caught on to the old-ness of the music and joined in as best she could with chorus parts of most of the songs.  To my surprise, her two favorites were The Final Countdown by Europe and Mr. Roboto by Styx.  Two of the more unique examples of experimental music for their time. 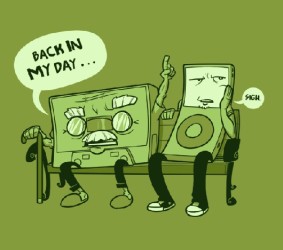